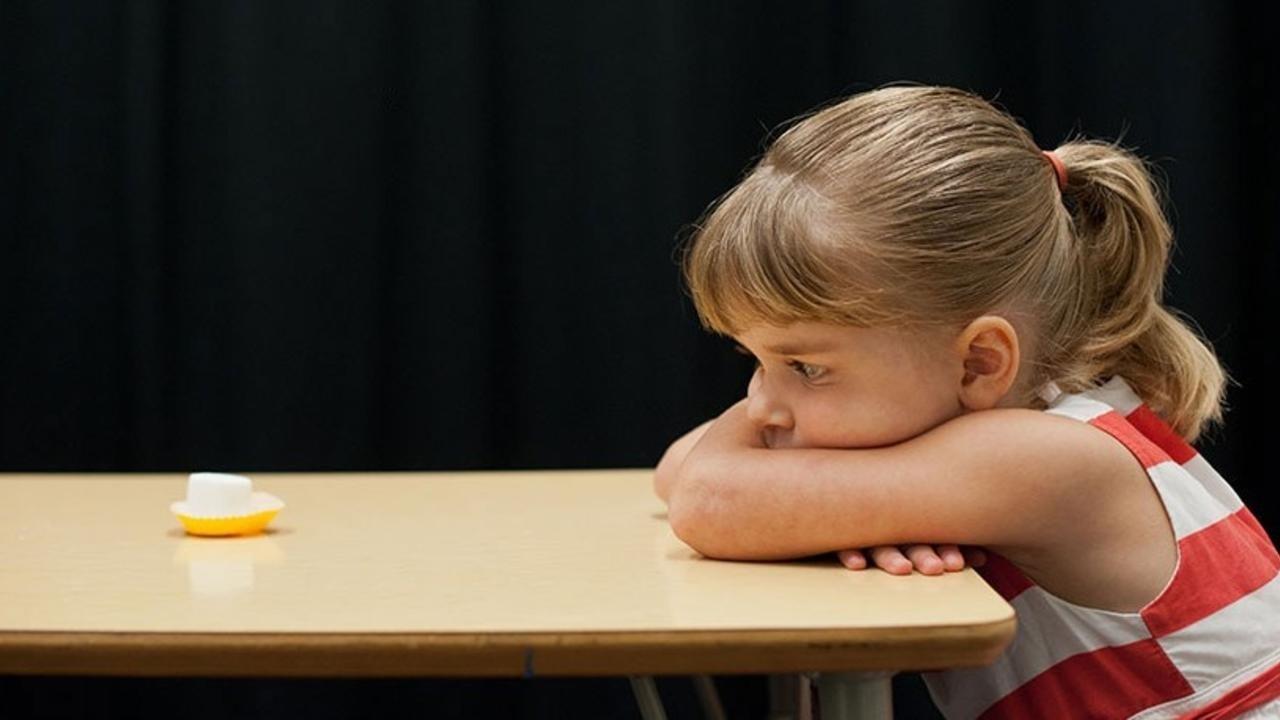 In 1972 researcher Walter Mischel, a professor at Stanford University, wanted to study delayed gratification so he and his fellow researchers created a study that has become known as the Marchmallow Experiments.

In his experiments Mischel wanted to learn more about delayed gratification and its effects over time, so he brought in children aged three to five years old and gave them two options.

Get an instant reward or wait and get double the prize - which one would they choose?

Many gobbled up the treat even before the assistant left the room, but several waited 15 minutes for the researcher to return and were rewarded with a second treat.

The real interesting aspect of this study would not be uncovered until years later when Mischel and his team followed up with the children who were now adults.

Following up with the participants now as adults, Mischel found that those children who were able to delay their gratificaiton had better life outcomes such as higher SAT scores, body mass indexes, and educational attainment.

Delaying gratification appeared to have a postive impact for many of the children.  So what can we learn from these experiments that have been replicated hundreds of times since the original experiment with very similar results?

One key takeaway is good things happen, or have a greater possibility of happening, when we wait for something instead of being impulsive.

How does this play out in finances?

Compare two people who really want to buy a new car.  The first person just goes ahead and buys it after being tempted with a low interest rate and "affordable" monthly payments.

They gobble up the marshmallow as soon as it's put in front of them.

The second person waits until they have cash to buy, and a few years later purchases the car with no interest or payments.

They wait and reap the reward for doing so.

The first "impulsive" buyer continues to buy a new car on payments with interest for the rest of their adult life and ends up making monthly payments for decades, while the cash buyer buys a new car, maybe not as frequently, but instead invests monthly "payments" into an index fund when not saving for their next new car.

Decades later the cash buyer has over a million dollars in investments, while the other buyer has been making payments with only their latest car purchase to show for it.

Which one would you rather be?

Of course you'd rather be the millionaire who can now buy any car they want with cash.  However, the challenge is dealing with the temptation of buying new cars, or any other "thing" that catches your eye, instead of waiting.

If you really break down what we're talking about here it's simply making better decisions about how you use your money.  How can you make better decisions that may not lead to instant gratification, but over the long term will lead to better results?  Let's explore five simple ways to do just that.

We have to look no further than the children in Mischel's experiments.  How were they able to wait those grueling 15 minutes in order to get double the reward?  Many of them closed their eyes.  Some covered up the treat so they couldn't see it.  In other words they found a way to distract themselves from focusing on the temptatoin.  Out of sight, out of mind!

When you're tempted to make what you know is a bad financial decision (i.e. buying something on credit) find a distraction to take your mind off it.

Tactic #2: Create a "cooling off" period before making big purchases.

In the heat of the moment it's easy to make bad money decisions so one simple thing you can do is to set a 24-48 hour "cooling off" period.  How this works is by setting an amount of time to really think about any purchase over a set dollar amount.

For example, you might agree with your spouse any time you are going to spend more than $1,000 you will agree to wait 48 hours to really think about whether or not the purchase is a good long term decision.  Chances are by taking a short amount of time to truly think about big purchases you may not make some of them that could end up having a negative effect on your financial future.

Another helpful tactic is to set goals for your life so that when you're tempted to spend you can evaluate it against the impact it could have on your goals.

For example, if you have a goal to have a net worth of $1 million before the age of 40 you could evaluate how making a significant purchase will impact it.

Similar to looking at your goals, another tactic that works for some is doing the math of the decision.  For example, you want to buy a new car, but the one you have is still functioning fine and is safe.  What would it mean 10, 20, or 30 years from now if you took the $40K in cash you have to spend on a new car and invested it?  Sometimes seeing that big future number will prevent you from making a decision in the present you may regret later.

The last tactic is another one some of the children used.  They walked away from the treat.  The closer you are to the temptation the harder it may be to avoid it!

Think about what might happen if every weekend for a month you visited new car dealerships and test drove many vehicles.  Over the course of that month you would be highly tempted to buy, especially after getting back into your old vehicle after driving something new.

The longer you spend near a temptation the weaker your defenses get against it!

Have some fun, but wait to do it.

Don't get us wrong after reading this blog.  We're certainly not saying you can't spend and have to save everything and never make a purchase unless you've waited a decade to do it.

However, what we are saying is delayed gratification is a true sign of financial maturity.  Look at wealthy people and ask them what is one of the keys to their success and often they wll tell you it's patience.

Building wealth takes time.  You have to have patience to build wealth.  If you can start to develop the ability to delay gratification you will eventually be rewarded with far more than you would by not waiting.  Are you willing to wait?