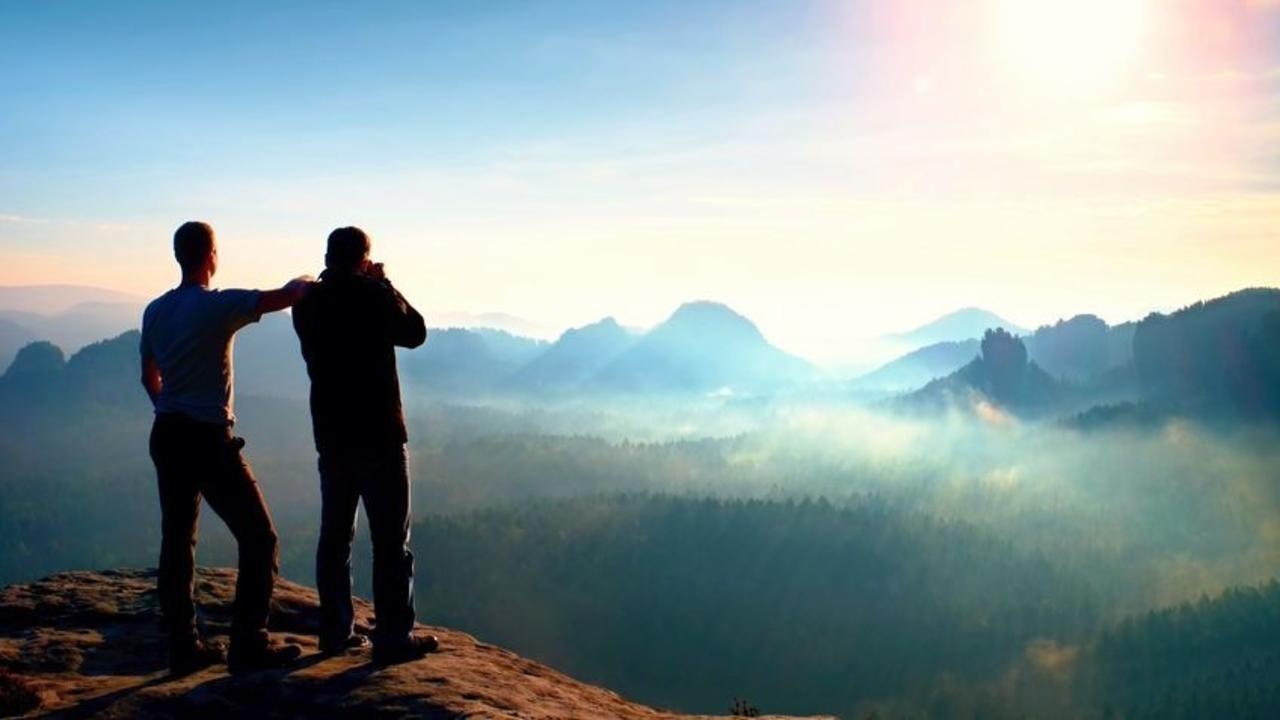 As a quick refresher, DFMD Core Principles are beliefs, mindsets, perspectives, and values that are vital in living a debt-free life.  We believe without adherence to the core principles it's not likely you will become a DFMD, or more importantly, continue to be a DFMD once you've become one.

In this blog we will discuss the second core principle of developing a new mindset when it comes to money - a DFMD mindset.

If you wanted to be the best physician in your specialty what would you do?

There are many things you might consider such as joining a professional association, going to seminars and workshops, and taking specialized courses and training.  All of these would be helpful in becoming a better physician.

However, we would argue one of the best starting places would be finding a physician you would describe as one of the best, and doing what they've done to be successful.

The same is true with your money.

You might be asking, "How is thinking going to lead to building wealth?"  Thinking doesn't lead to dollars coming out of my ears, does it?

It may not lead to money coming out of your ears, but it will lead to keeping more money in your pockets!

What we've uncovered is millionaires tend to think long term in all the big money decisions they make.  They ask, "How is this decision going to affect me in 5, 10, or 20 years?"  Unlike those who struggle with money, who ask, "What is this going to cost me each month?"

Buying a car is a perfect example to illustrate this point.

Walk into any dealership in America and what's the first thing a salesperson is going to ask you?  "What monthly payment are you looking to stay under?"  In some ways this is a "good" question since, according to LendingTree:

Most Americans will never build wealth simply because they continue to have a monthly car payment their entire life!

This leads to the DFMD Core Principle of developing a mindset that thinks long term instead of monthly.

It's hard to think long term when you can't see past the end of the month.

DFMD's, when buying a car, will instead ask themselves, "What will using $XX,XXX from my cash reserves to buy this car do in relation to my 10 year financial plan?"

In other words, will this decision significantly hinder their plan for where they want to be in the future?

Another question they will ask is, "What else could I do with this $XX,XXX?  And, is that a better decision based on where I want to be in the future?"

Essentially, what we are hoping to help you start to develop is a habit of thinking long term on big financial decisions in relation to your long term financial goals.

When you know where you want to go it makes it easier to make decisions from where you are today.

To get started using this principle set a dollar amount that is significant to you as you seek to become a DFMD.  If you need a starting point we'd suggest $5,000.  Now, as you start to develop this mindset always focus on the total purchase price of everything you buy, and not just the monthly payment a salesperson throws at you.

This simple first step will oftentimes be as far as you need to go in making a decision not to make the purchase.  It's easier to say "no" to spending $45,000 than it is to $468 per month!

Sometimes it won't be this easy, and because these are big impactful decisions we also urge you to never spend more than your starting point limit without a 48 hour "thinking period".

It's easy to get tempted even when you have the cash on hand to spend it if you don't stop, evaluate, and think deeper about the decision.

Don't believe this change in mindset can have a lasting impact?  Think back on the past 5-10 years on all the big purchase decisions you've made, especially those made using debt.  Knowing what you know now, would you make the same decision?

Redefining affordability to mean "I can pay cash", and thinking about the long term financial impact large purchases will have on your future are a solid foundation that can lead to becoming a DFMD.

Like any change in behavior it will take time, and you will be considered "weird" simply because the rest of the world (most of which is living paycheck-to-paycheck) just doesn't think this way.  Move beyond what others think because one day soon weird will be replaced with "wealthy"!

We're here to help if you want to bounce ideas off of us and learn how we became DFMD's.  Click here to setup a free 60 minute coaching call to learn more.