Comparison Cancer: 3 Prescriptions to Cure Yourself From Comparisons

comparisons keeping up with the jones Jun 18, 2019 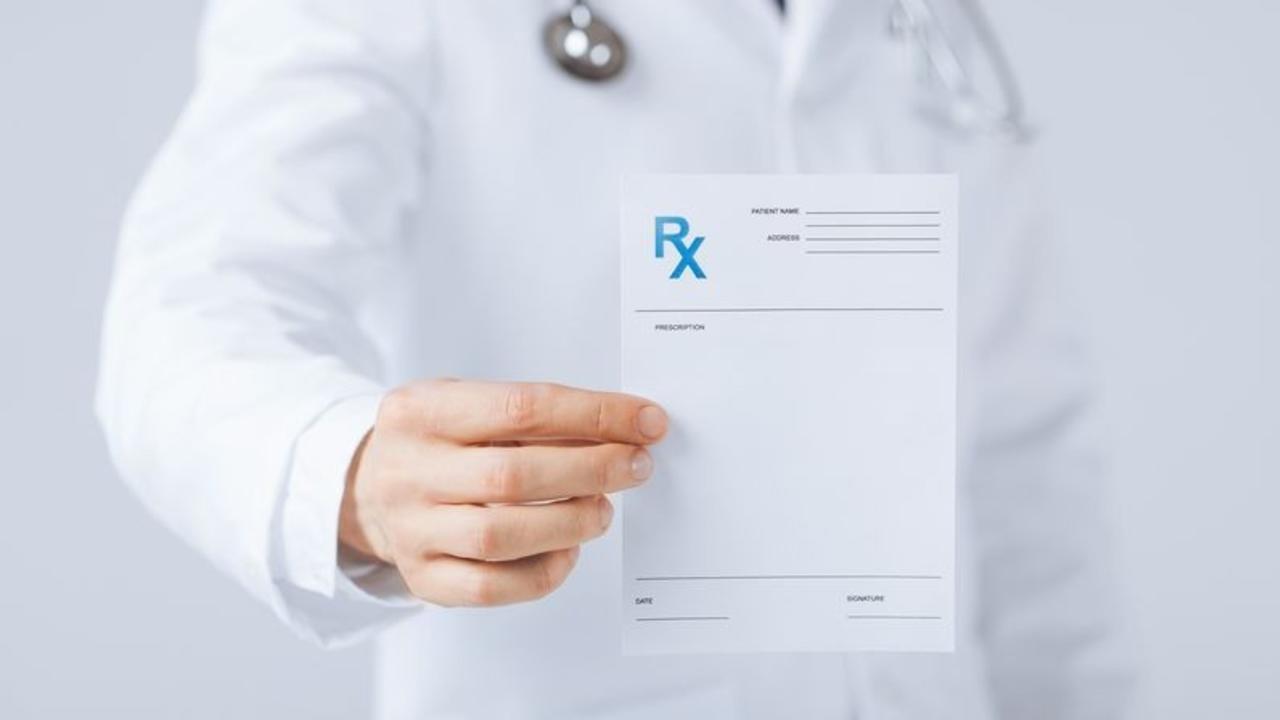 Let’s face it.  Most of us struggle to avoid looking at others and comparing ourselves to them.  Whether it’s our career, house, car, jewelry, clothing, even children; we find ourselves often comparing our lives to the lives of others to determine how we “stack up”.  We would argue this is especially true of super-competitive people like many physicians tend to be.

Think about it.  We start competing from the time we are born.  It starts with competing with other children and things (i.e. smart phones, TV) for our parent’s attention the day we are born.  Moving on through K-12 education we are graded, awarded, class ranked, etc.  Then comes college – taking entrance exams and getting scored, competing with others to get into the college of your choice.  Continuing on in your higher learning and taking MCAT’s to get into a med school, then the ranking process with residency, and on-and-on into a career as an attending.  It’s no wonder we tend to get caught in a comparison trap before we’ve even reached adulthood!  In some ways comparisons have been bred into who we’ve become.

You might argue there is some value in comparisons, ranking, scoring, grading, etc. in that it helps drive us to use all we’ve been blessed with to perform at a high level.  We both have seen the value in ranking and scoring of some type, which has helped us to get to where we are in life, but if not kept in check comparisons can lead to negative results, especially when it comes to finances.

One of the big challenges is what we see in many cases is not reality.  We see the parking lot at work packed with $100K cars driven home and stored in garages attached to million dollar homes.  We see the ocean front vacation photos on Facebook and the first class cabin seats with real china and silverware.  While we’re not saying it’s all a false reality, the truth is much of it is paid for with debt, as many doctors seem to be living the high life, but are just as broke as the nearly 80% of Americans living paycheck-to-paycheck.

The downside to comparisons are many.  Some are quite obvious, but we need to start with what tends to happen to us when we compare.  First, we feel like we’re “behind” when someone who is similar to us (i.e. age, education, career) appears to be more successful.  We ask questions like, “Why is she able to drive a new Tesla when I’m still in my old Toyota with 150,000 miles?” or “How is he able to send his four children to that elite private school while my kids are in public school?”.

What this can lead to is poor financial decisions, something those you’re comparing to have already made in many cases.  John was one such doctor who saw his collogues driving big fancy cars while he was still driving a used Ford F150 pickup he had purchased years ago while in med school.  He had extra income each month, but instead of using it to pay down his $200K of med school debt he leased a new Porsche for $900 per month to “fit in” with the other doc’s.  He felt like he “caught up” with the other doctors, but added several years to becoming debt-free.

“Comparison is the thief of joy.”

The really sad thing is a year later John again now feels behind the other doctors because he’s visited many of their homes in gated communities with big swimming pools, so now he and his wife are looking to upgrade in home.  The cycle never stops once you fall into the comparison trap.  There will always be someone with more than you whether it’s cars, houses, boats, etc.  Like a cancer it eats away at your mind.  Then you treat it by making a purchase, usually with debt, and temporarily feel better.  However, a short time later the comparison cancer is back eating away at your mind once again.

As a side note, this is how nearly all marketing in the 21st century is designed so beware!

Comparisons is a curable disease.

The good news is you can be cured of comparisons with the right treatment.  Like any disease the first step is diagnosing a problem exists.

Step 1: Diagnose yourself as having comparison cancer.

Not everyone struggles with comparison cancer.  We wish it were easier to see those who don’t struggle with this, but you likely know a few people who are quite wealthy yet drive modest cars and live in nice homes who could just as easily be financed to their earlobes and driving flashy sports cars and living in multimillion dollar mansions.  The Millionaire Next Door series of books describes people like this.  The strange thing about millionaire research is that those who look rich are many times not rich, and those who don’t look rich are truly rich.

Some questions to consider when diagnosing yourself as having comparison cancer are:

Step 2: Determine what stage of comparison cancer you have.

Like the actual physical disease of cancer, there are stages to the severity of comparison cancer ranging from a little isolated comparison cancer to full-blow stage IV cancer, infecting nearly every area of your life.

Stage I: You struggle with comparison and trying to keep up with others in one area of your life.  You also focus only on those around you like close friends and family.  For example, when you get together with family you make a point of letting everyone know about the big raise you just received or the new Mercedes you just spent $90K to lease for the next four years.

Stage II and III: You struggle with 2-3 comparison areas in your life, but it’s still limited to those people you know and are closest to you.  Now not only are you sharing your big raise or fancy new car with family and friends you also find a few other areas you can brag about like the upcoming first class vacation you’re taking to Maui and the big kitchen remodel you’re planning to do.  Again, you do this not to inform others of what you’ve been up to, but in order to impress them; to show them you are more successful than they and / or other friends or family are.

Stage IV: You struggle with nearly every aspect of your life and compare not only to those close to you, but everyone you come in contact with in person or online.  You feel inadequate unless you can feel superior in all areas of your life in front of others, and work to make sure they know you are superior to them.  At this stage you are in full-blown comparison mode spending time to go out of your way to be on top in all that you have and do.  You even get a rise in seeing others you don’t even know ooh-and-ah over your things.

Determining what stage you are at can be a humbling experience.  Stage IV seems like one no one could be at, but look around and we’re sure you could probably name a few people who fall into this stage of comparison cancer.  The great news is, unlike many types of physical cancer, comparison cancer can be cured.

How aggressive your comparison cancer is will determine how aggressive you need to get with your treatment plan.  What we prescribe below are some options to consider when fighting your cancer of comparison.  We suggest working on a few to get started, tracking your progress, and making changes as needed.

Rx 1: Focus on healthy comparisons.  Comparisons can be very healthy when the one you are comparing yourself to is yourself instead of others.  What we mean by this is compare who you once were, what you were once able to do, where you used to be, etc. to who you are today.  Nothing feels better than looking back several years and seeing the progress you’ve made in your life.  For example, we could look back and see over $700K in debt, working tons of hours, and traveling for business every week.  Comparing to today being debt-free, working fewer hours, and not having to travel as much so we can spend more time with our family.

Rx 2: Set a social media and TV time budget.  Social media is amazing for connecting with old friends, staying informed about causes and issues you care deeply about, but it is also a time-trap for spending hours scrolling through your feed looking at pictures of things and activities your friends are doing and buying, respectively.  Quitting social media is not likely feasible nor a real solution, but setting a time budget for social media can lead to using your time online more wisely.  If you need a budget to start with some of the research shows millionaires spend around 2.5 hours per week on social media compared to 14 hours by the average American.

TV is also an incredible time-trap.  Services like Netflix have created a new sensation of binge watching your favorite series.  We don’t prescribe getting drastic and selling your TV or cancelling Hulu and Netflix, but manage your TV time and you’ll start thinking more about how best to use the time for the things you truly want to watch instead of mindlessly clicking from one show to the next for tens of hours each week.

Rx 3: Know your comparison “triggers” and avoid them.  If you’ve ever had an addiction problem or know someone who has you know what triggers are.  A smoker, for example, might be triggered into smoking when smelling the smoke from someone’s cigarette, or someone with a gambling problem may have a trigger to gamble when reading the line on games listed on their favorite sports website.

Comparison triggers are similar to addiction triggers and could include spending time with people who like to brag about their latest purchases or taking walks or drives through fancy neighborhoods to see big houses that may tempt you to crave for a house upgrade while you’re still trying to pay off debt.  It may take a little time, but once you know your triggers you can start to create a plan to avoid them.

There are various other prescriptions you may also want to consider such as keeping a  gratitude journal or reminding yourself that what you see in the lives of others is many times an illusion for what is true.  Finding someone to help and lift up with your talents is also another great way to reduce comparison cancer.  Something strange happens inside us when we help those in need – we focus less on what we have and want and shift our minds to making someone else’s life better.

In many ways the cure is simply taking the comparison space in your mind and replacing it with something better.

Comparison cancer can kill your financial future if you’re not careful.  It can even lead to serious issues in your marriage when both you and your spouse are focused on keeping up with those around you.  Fortunately, with a few simple prescriptions you can cure yourself and live a blessed life of a debt-free millionaire doctor.  Visit us on social media to tell us your struggles and success in overcoming comparison cancer.