Million Dollar Cars: How what you drive can determine what you're worth. 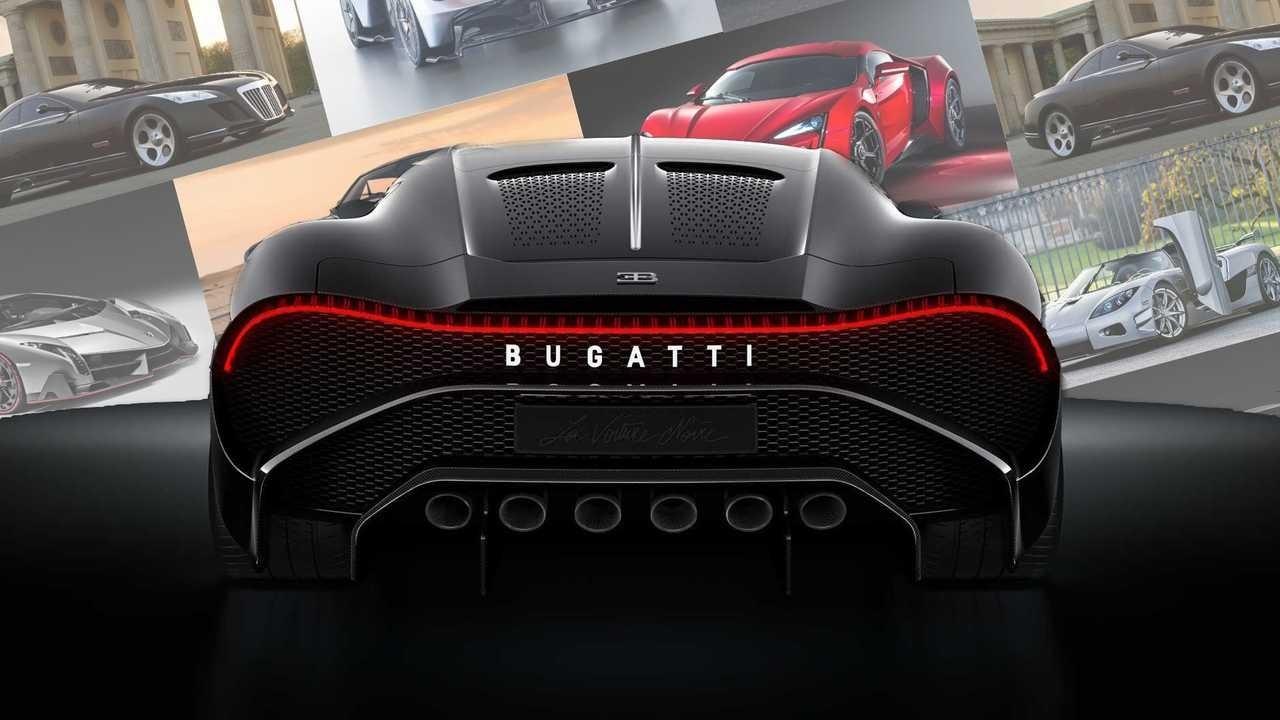 We Americans love our cars!  For many, what you drive is an extension of who you are and how others see you.  Think about it.  You're sitting at a stoplight and on your left you see a middle-aged man driving a 2006 Toyota Corolla with two child car seats in the back, a few scrapes on the bumpers, and silver paint that is showing the signs of being a 13 year old vehicle.  On your right you see another guy about the same age driving a 2019 Mercedes AMG GT Roadster.

What's going through your mind if someone were to ask you to describe these two men?

Hopefully, if you've been reading our blog for any length of time you'll know that millionaires are hard to spot by what they drive, but many still associate flashy cars with wealth when much of the research shows millionaires tend to drive older used vehicles (btw-that was Scott driving the old Toyota:-)

In this blog we'll discuss how what you drive can have a dramatic effect on what you're worth.  When we say, "what you're worth" we're not talking about worth as a human being, but worth as in net worth-what you are worth financially.  Let's explore how cars can impact your financial well-being.

The allure of a new car smell.

There's no question a new car for most smells amazingly good.  It's hard to capture this smell as Scott tried by buying "new car smell" air freshners that smell more like Old Spice aftershave than a new car.

The allure of a new car is even greater for many doctors, especially right after residency when one of the first big financial mistakes made by doctors is to buy the new attending doctor car as they step onto the hedonic treadmill chasing after Dr. Jones.

We can see the want of a new car as a way to reward yourself for making it through residency, and if it were just a one time issue of buying a car you most likely can't afford (the average residency graduate has over $200K in medical student loan debt alone) it wouldn't be a big issue.  However, what tends to happen is a cycle of constantly buying new cars every few years that, as you'll see below, can end up costing you millions of dollars over your adult lifetime.

New cars are getting really expensive.

Edmunds reports the average new car price is $37,782.  They also report that Americans are buying bigger cars with more features, so the average prices are only going to continue to climb as people seek bigger and flashier cars with cool technology gizmos.

How are many Americans paying for these big expensive cars?

They're definitely not paying cash like we would advise, but instead are getting longer term loans.  What?!?!

This does make some sense (from a broke and never going to be wealthy mindset) in that most people don't have the patience or the financial resources to pay cash for a car costing upwards of $40K, and most don't look at the true cost of a car, but instead focus only on the monthly cost.

So how do you get the monthly cost to be lower?  Extend the payment terms for seven years, that's how.  The chart below shows data from Experian on the growth of auto loans based on their terms. 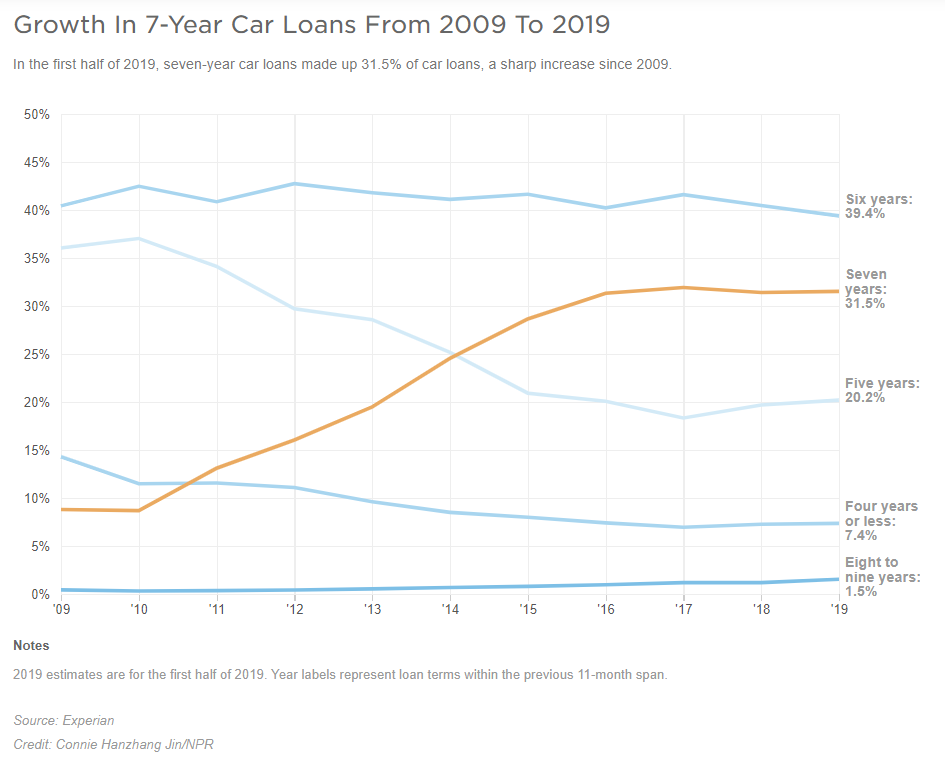 The trend for seven year car loans is in red and shows they are growing at an alarming rate.  For the average car this could result in an additional $2K in interest charges.  Another scary trend is the amount of debt people are carrying over from old car loan debt into their new car loans.

Many people buy a new car before they have their existing car paid off, and simply roll-over the debt on their old car into the new car.  The chart below shows that over 30% of trade in purchases rolled over old car debt into the new car loan.  On average the amount of debt rolled into the new loan is $5K. 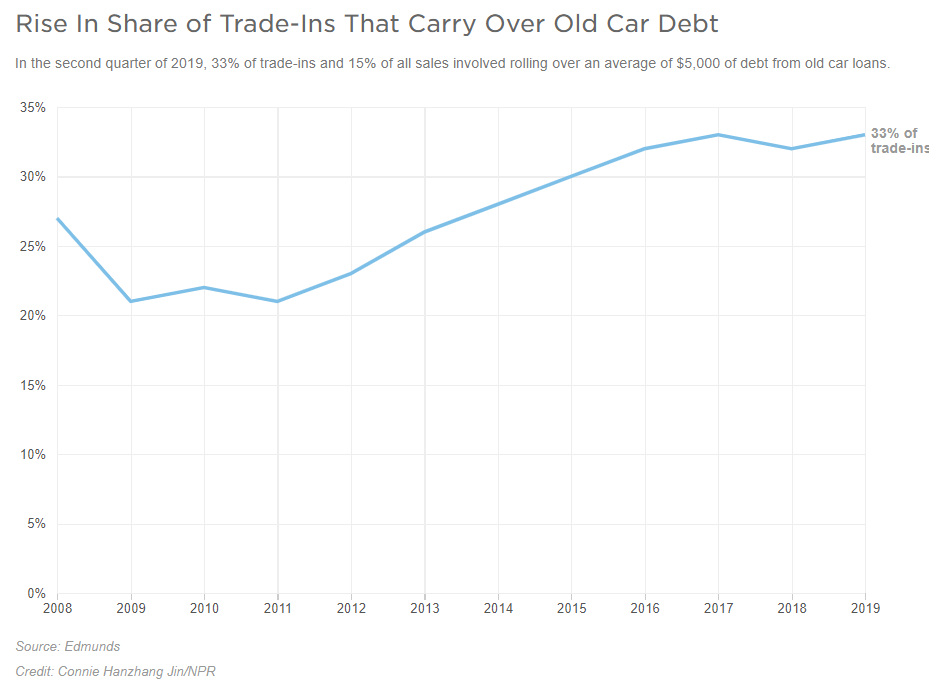 This is the wrong kind of debt snowball!  Instead of snowballing your smallest to largest debts these people are snowballing their debts into bigger debts!

What is even more troubling is most new cars depreciate over 40% in the first three years, so rolling debt into a new vehicle increases how upside down you will be, creating another challenge to overcome if you ever want to get rid of the vehicle.

What is the perfect vehicle for someone wanting to become a debt-free millionaire doctor?  It's certainly not a new car with a seven year term loan!

The ideal car is first, one you've paid cash for.  Second, it needs to be safe.  Finally, an ideal vehicle has to be reliable.  With these criteria, the next questions are how much should you spend?  How much will you need to spend?

We'd suggest a car costing between $5-10K is an ideal DFMD "starter" car.  You will find many safe and reliable car options in this price range.  Keep in mind this is just a starter car that will allow you, if you so choose, to buy a much nicer car once you've dug your way out of debt.  A short term sacrifice will provide the ability to live your long term debt-free dream.

We finish this blog with some math to illustrate just how big an impact buying new car after new car can have on your ability to build wealth.

Simply stated, if you want to remain a middle class doctor making monthly payments for the rest of your life keep buying new cars.  We would argue cars are one of the top reasons most Americans will never become wealthy.

According to Credit Karma, the average new car payment in America is currently $550.  This number is only going to rise as cars become more expensive, but let's assume you're one of many who say, "I'm always going to have a car payment", and you live up to that statement.  How much could constantly making a car payment for your adult life cost you?  About $2.9 million.

The challenge is to think beyond the monthly payment.  Think beyond keeping up with what you see others driving.  In reality by not purchasing new cars every few years you are really ahead of those who do.  They are the ones behind if we're keeping a net worth score.

What it comes down to is what you really want more-to look like you're wealthy or to actually be wealthy.  What do you want more?