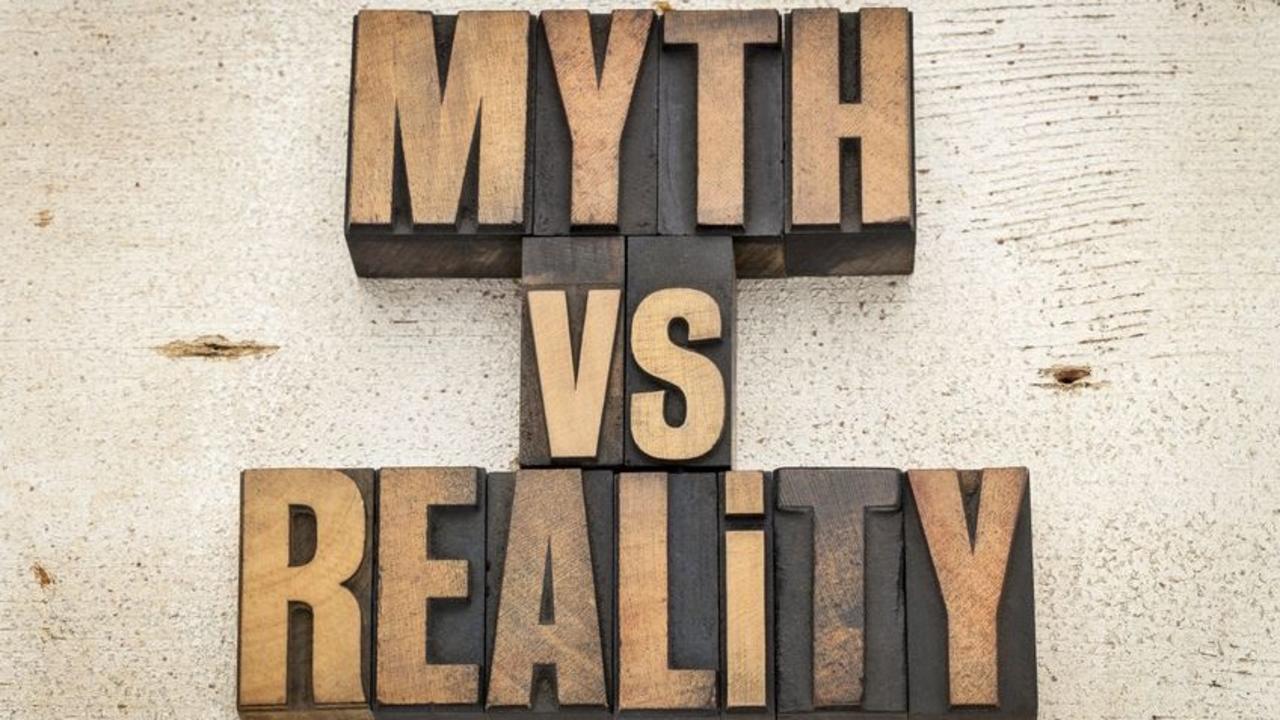 A myth is a belief that is widely held but false, and in this post we aim to bust a number of myths related to millionaires.  Our purpose in doing so is to boost your confidence in becoming a millionaire long before you hit retirement age.  If there ever was a profession that should have the highest percentage of millionaires it’s doctors, and as we review the myths you will begin to see you can do this.  You can become not only a millionaire, but better yet, a debt-free millionaire!

What is a millionaire?

The most common misinterpretation is that a millionaire is someone who earns an annual salary of a million dollars or more per year.  While earning a big salary could lead to becoming a millionaire (good news for doctors!) it doesn’t guarantee you are one.  We need to look no further than professional sports and Hollywood to find many superstars earning lots of money, but completely broke because of bad financial decisions.

The true definition of a millionaire is someone with a net worth of at least a million dollars.  To determine net worth, you only need to do some simple math.

Assets are the things you, and your spouse if you’re married, own that could include cars, retirement funds, cash, boats, RV’s, homes, rental property, and college savings.  Liabilities are what you owe and might include your home mortgage, car loans, student loans, credit card debt, and personal loans.

Here’s an example profile of a millionaire:

What’s your net worth?  Do some math to calculate your current level of wealth.  Don’t be shocked if it’s a negative number.  For many who have significant debt and few assets, as many younger doctors do, it’s not uncommon to have a negative net worth in the six-figures, but don’t worry, we’re going to help you turn that negative into a big positive!

You’re not alone if you have a negative net worth or one that is less than a million dollars.  Medscape’s latest report on physician wealth and debt illustrated below shows that over 90% of doctors under 35 have a net worth of less than a million dollars.  This is probably no shock since these doctors have only been out of residency a few years and are probably still paying off big student loans. 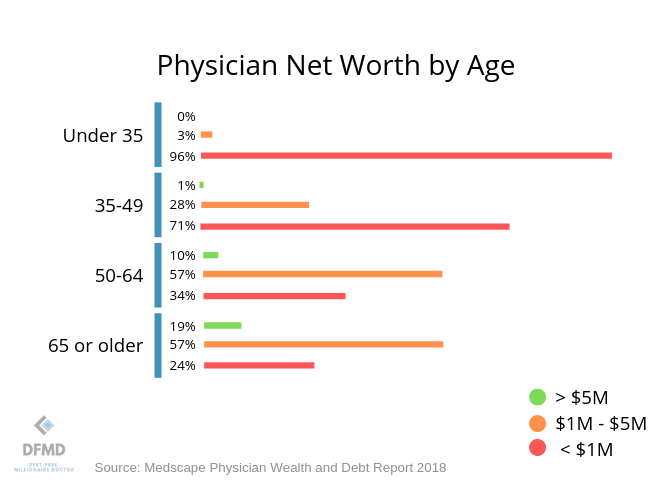 However, the disappointing aspect of this report is that over a third of doctors 50 and older still haven’t cracked the millionaire ranks despite being out of residency for nearly two decades!  If this is you don’t worry, you can still become a debt-free millionaire if you’re willing to make some big changes in your life.

Most millionaires are not who you think they are.

Thomas Stanley and William Danko wrote a groundbreaking book on millionaires in 1996 titled, The Millionaire Next Door: The surprising secrets of American wealthy.  The authors uncovered some interesting facts about millionaires.  Most surprisingly they found that a typical millionaire is not at all like what we’ve been led to believe by the mass media.

In 2019 Stanley, along with his daughter Sarah Stanley Fallaw, published an update to his original research that took a second look at the millionaire population in America and found not much had changed in over two decades since the original study.  Here’s a few interesting facts Stanley and Fallaw report on millionaires:

Some “fun” millionaire facts include:

Also published in 2019 was the largest millionaire study (over 10,000 millionaires contributed to the study including us) ever conducted by Chris Hogan that he summarizes in his book titled, Everyday Millionaires: How ordinary people built extraordinary wealth – and how you can too.  Hogan’s research confirms much of what Stanley and Fallaw have reported.

What it takes to become a millionaire.

The great news, based on the research, is that most doctors like you have all that it takes to become a millionaire.  I might go as far as to say most doctors have far more than the minimum it takes, and becoming a millionaire should be something every doctor feels they can do if they want to, which is the key to success – wanting to do what it takes.

Hogan points out one of the key first steps is believing you can become a millionaire.  Like anything in life if you believe you can do it you’re half way there.  Part of believing it can be done is ignoring the myths.

Myths such as you need to inherit money to be rich; a large income is required to be a millionaire; a prestigious degree from a private university is necessary; luck is a factor in building wealth; big risk is required to get rich are all just that – myths!  The fact is most millionaires simply lived on less than they earned and consistently saved and invested the rest.

Hogan’s research showed most millionaires had about one-third of their wealth in a paid for home and the other two-thirds in their employer-based retirement plans.  Getting to the millionaire mark doesn’t require a lot of sophisticated financial techniques.  Unfortunately, many doctors get pulled into complex investments and leverage debt to try to build wealth, which rarely works over long periods of time.

Our goal is to help you focus on what the data from real millionaires proves is necessary to become wealthy, and to do it with minimal complexity.  You are not looking for more complexity in your life are you?  Good, you’ve come to the right place:-)

Think about it from another perspective.  If you wanted to be the best doctor in your field what would you do?  One solid first step might be to identify other doctors who are already successful – those you want to be like and meet with them to determine what are the few critical things they’ve done that have led to their success.

Knowing these critical factors to success you could simply copy them and would be more likely to succeed.  Our prescription is the same for how you can become a millionaire.  Study those who have made it to the top of the millionaire mountain and do what they’ve done.  We did it and so can you.

Keep taking steps forward each day and you will succeed!  Want to get our latest blog post in your inbox each week?  If so, subscribe here.  Also, share with us on social media how you’re winning with money and moving closer to the millionaire summit.