Building Your First Emergency Fund: What you need to know and how to do it. 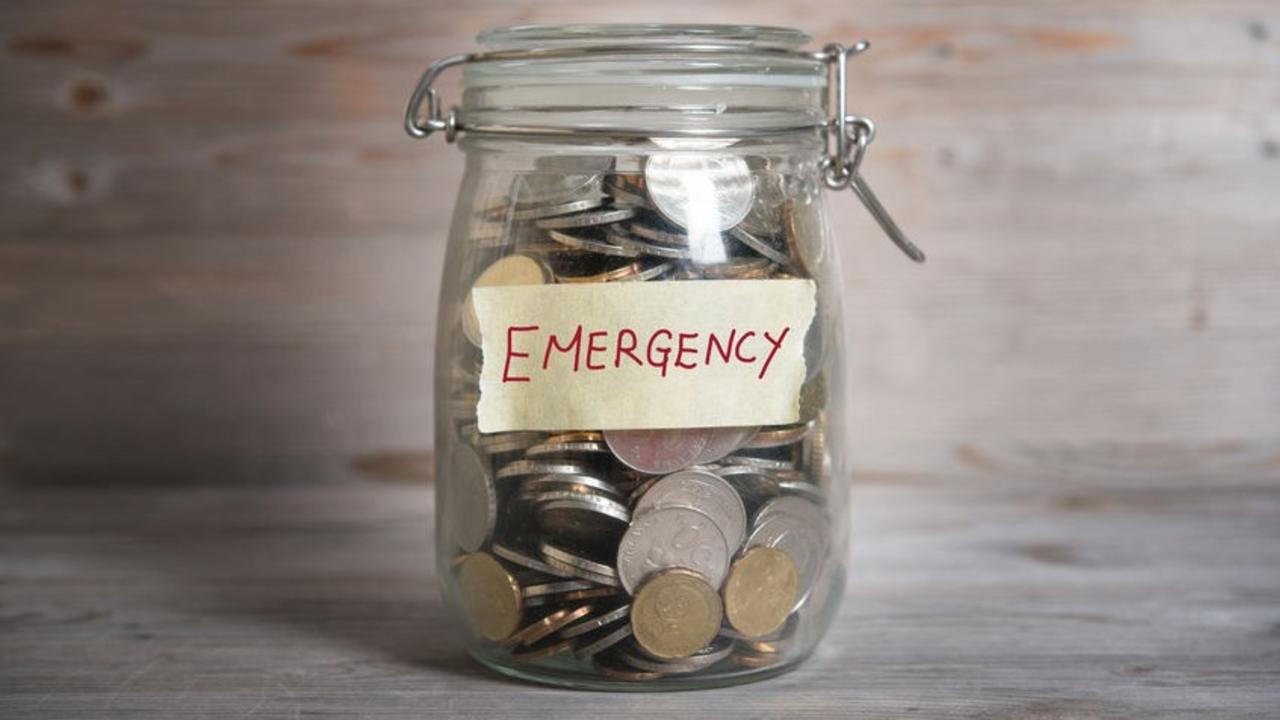 There are two kinds of people in this world.  Those who have faced a financial emergency and those who will face a financial emergency.  When we say “financial emergency” we’re describing a situation where something unexpected happens that instantly requires money to fix – something you can’t save up to pay for.  For example, you own one car and drive 20 miles each way to work and suddenly the transmission goes out, or maybe you’re like us and have a high deductible health insurance plan and you break your arm requiring immediate surgery and need to pay a deductible of several thousand dollars.  This leads to the questions we’ll focus on in this week’s post.  Are you financially prepared for an emergency?  If not, what can you do to prepare?

Unfortunately, the sad truth is nearly 80% of Americans are living paycheck-to-paycheck, and over 60% could not pay for a $1,000 emergency without going into debt.  If you don’t think a doctor making six-figures could be living paycheck-to-paycheck check out PassiveIncomeMD.com for a great example of how it can be quite easy to have more month than money.  Doc’s usually make more than the average American, but we also tend to spend more.  So, what can one do to prepare for an emergency, especially when working on getting out of six-figure debt?

What is a financial emergency?

Perhaps a better question to start with is defining what a financial emergency is NOT.  Here’s a few things we would argue are not emergencies requiring immediate attention:

A true emergency is something you just can’t live without.  Some of the most common types of financial emergencies include housing repairs like a leaking pipe, an A/C going out when it’s 100+ degrees outside, or the heater not working in the middle of winter in the Midwest.  Car expenses are also a common emergency when something that makes the vehicle inoperable is not working and you have no alternative transportation options.  Medical emergencies can also create a financial emergency, especially if you have a high deductible plan.  A few questions to consider asking to determine whether or not a situation is an emergency or not are:

Does this problem have an immediate negative effect on my health or the health of my family?

Does this problem keep me from being able to buy food, pay my utilities, mortgage or rent?

Does this problem keep me from earning an income (i.e. transportation to/from work)?

If the answer is “no” you probably don’t have a financial emergency.  You may have a problem, but it’s not likely an emergency that requires immediate attention.

A financial emergency is not a legitimate reason to make bad money decisions!

While you’re getting out of debt, we suggest starting with an emergency fund equal to half a month’s salary, which for most is one pay period.  Using average physician salary numbers, this equates to about $7,000 for a doctor making $250K / year.  This is enough to get started in preparation for any major emergency such as a big car repair or having to pay a high deductible on your health insurance plan.  Later, once you’re out of debt, we suggest kicking this fund up to cover 3-6 months of expenses, but while getting out of debt that extra cash should be focused on digging yourself out of debt.

Some of you may want to start with a fully-funded emergency fund to which we say just calculate what that means to how much longer it will take to get out of debt.  Like everything financial, it’s a tradeoff.  Do you want to get out of debt faster or do you want the security of having a larger emergency fund now?  You decide.  However, we suggest for most it is not likely an emergency will come up requiring more than half a month’s salary.

How to get started creating your fund.

This process could take place in seconds if you already have the cash on hand.  If that’s the case, we would prescribe putting your starter emergency fund in a savings or money market account you have quick access to and using what’s left over to pay down your debt.  If you don’t have the cash on-hand, then it’s a matter of how quickly you can save it.  A good rule-of-thumb is it should take no more than 2-3 months to get your fund together.  You might even hit the pause button on getting out of debt to help build this fund quicker.

We also suggest not trying to make money off your fund by investing it.  The goal of the fund is to be available if an emergency comes up, and by investing the money in the market you run the risk of losing some of it if the market were to take a major downturn.  We keep our emergency fund in a savings account linked to our personal checking.  This keeps it separate from our checking where it can be easier to spend.  We’ve found that making it a little harder to get at it keeps it from being spent on impulse purchases with the promise to pay it back later.

Remember, each of your dollars should have a specific purpose.  Some dollars are for groceries, others might be for retirement or paying off debt, but these dollars are just for emergencies, so don’t get tied up in seeing the account grow by only pennies each month.  The goal of this money is not growth, but security and peace of mind that comes knowing that if an emergency were to come up you could deal with it and not dig deeper into debt.

One of the best things about creating an emergency fund is the psychological boost it can provide as you take the first steps on the path to debt freedom.  In many ways the starter emergency fund is one of the first challenges you need to prove to yourself you can do this.  It’s like passing Step 1 on your way toward graduating medical school.  What we really love about accomplishing this challenge is that it’s not very complicated and it can be done quickly to provide a fast shot of positive reinforcement to move forward to more challenging tasks like paying off all your debt, which is likely to take several years.

23% of Americans don’t have any emergency savings.  Don’t be one of them!

Consider the starter emergency fund your first milestone in the debt-free journey.  We’d even go so far as to suggest a little celebration once you’ve accomplished this goal.  Capitalize on the event by going on a millionaire money date with your spouse and spend the time talking about what you are feeling by accomplishing this key step in taking control of your finances.

Share your starter emergency fund success and struggle stories with us via email or on social media.  What worked for you?  How long did it take?  Did it give you a boost in your debt-free journey?  We’d love to hear what you have to say!