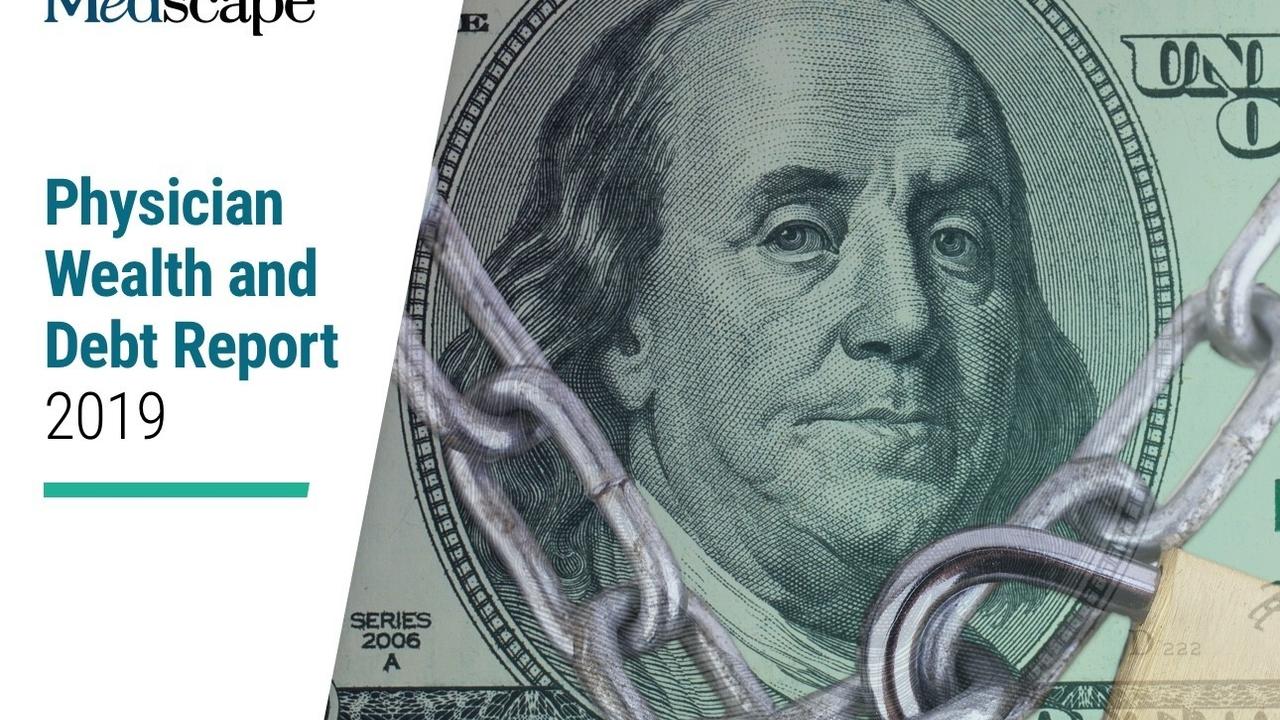 Have you ever wondered how you stack up financially against other physicians?

Maybe you've wondered how your net worth compares to other doctors your age.

Perhaps you wonder who's still paying off student loans, or maybe how big a mortgage a typical physician might have.

Regardless of the questions or curiosity you might have, what we aim to share in this blog is not a competition of you against other doc's, but instead a look inside the thoughts and numbers of other physicians to see how your problems may not be unique to you, but instead how your financial struggles are likely similar to other physicians.

First, let's look at who responded to this survey so you can get some insight into the sample size and method used. 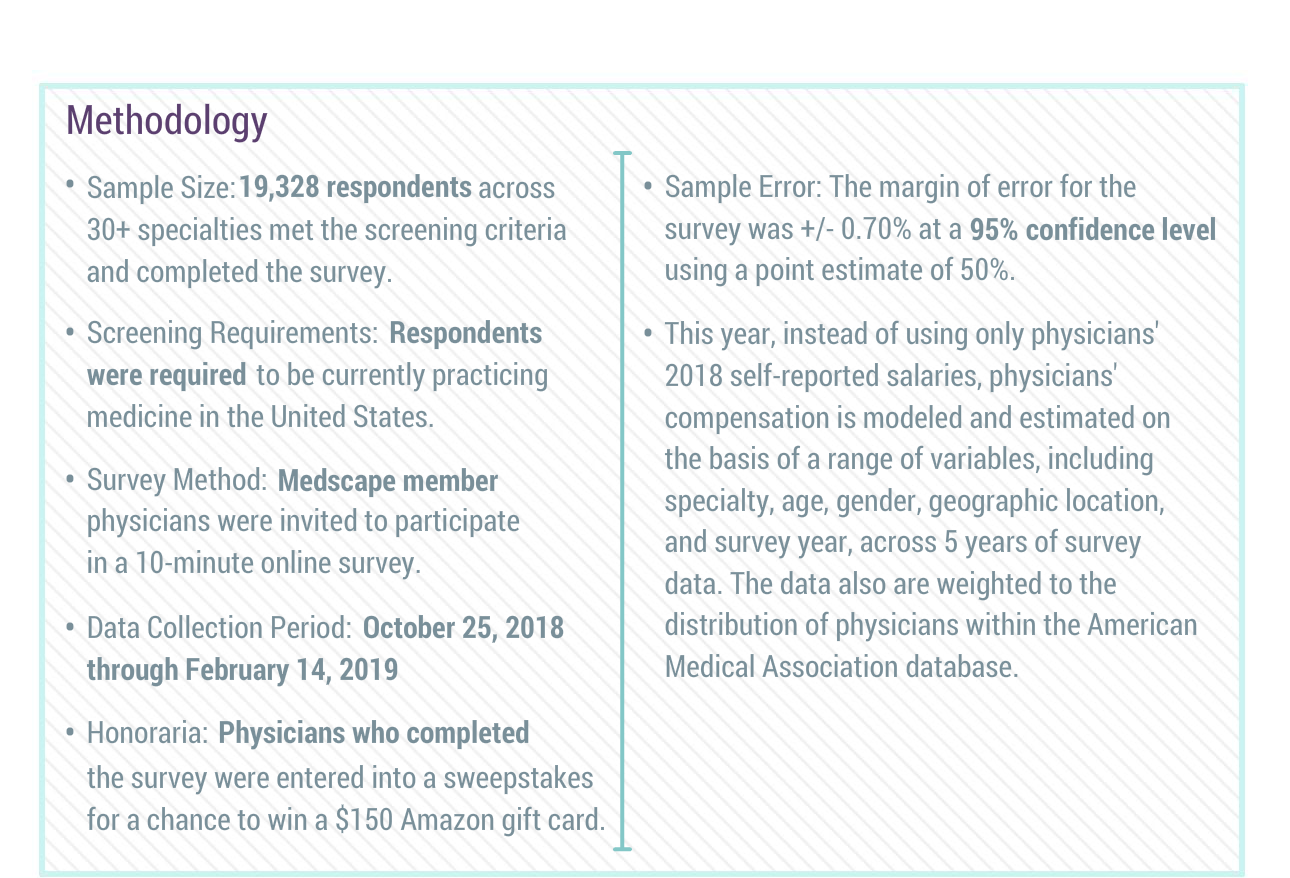 This is how a millionaire is defined as someone who has a net worth of a million dollars or more.  So what is the net worth of physicians who responded to Medscape's survey? 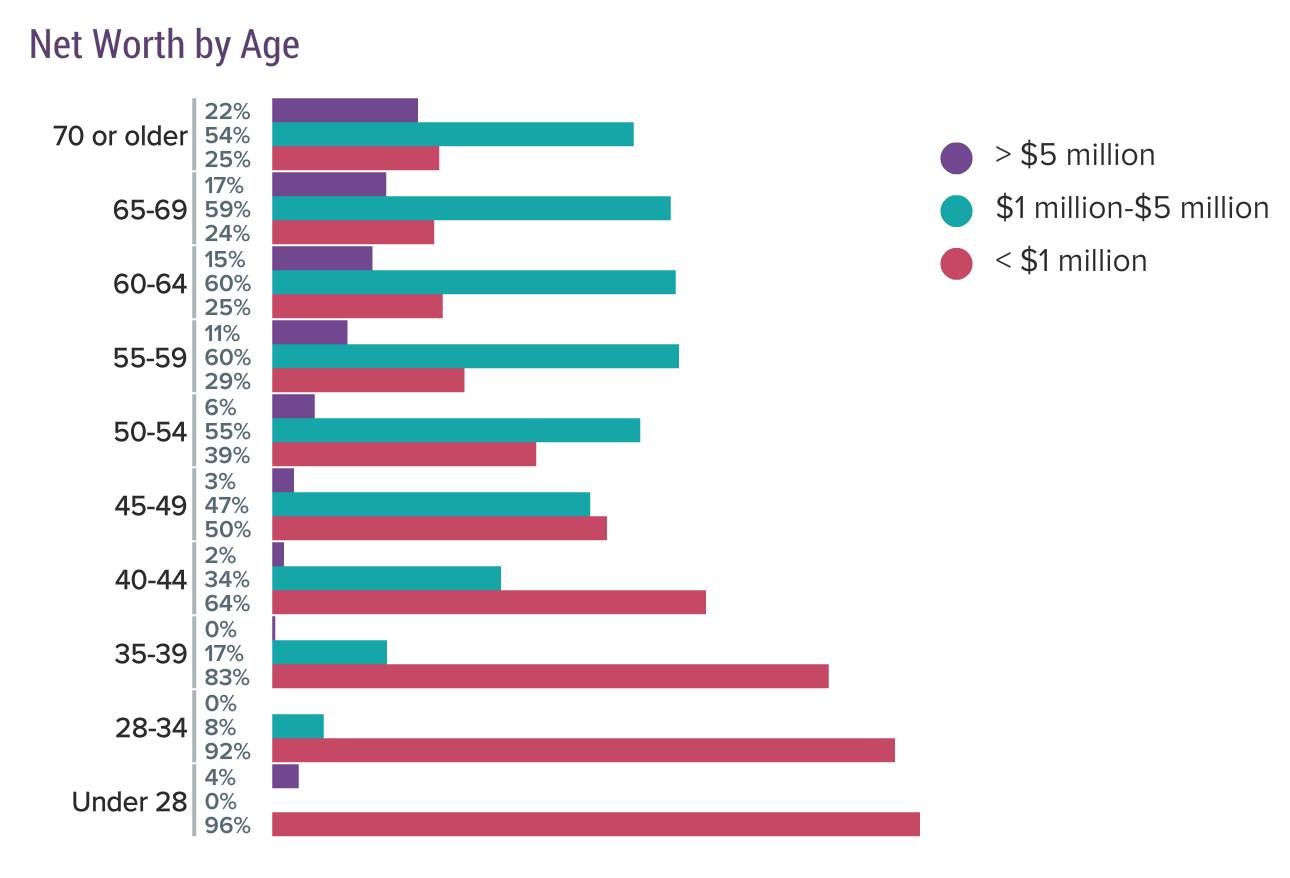 On the bottom end of this scale it's not surprising to see the younger doc's not cracking the million dollar mark.  Most are still in training and not earning much income, but what is really shocking is at the top end over 25% of physicians over 55 have yet to top the million dollar mark, despite being in practice for many years.

Where is all the money going?  That is the question illustrated in the chart below. 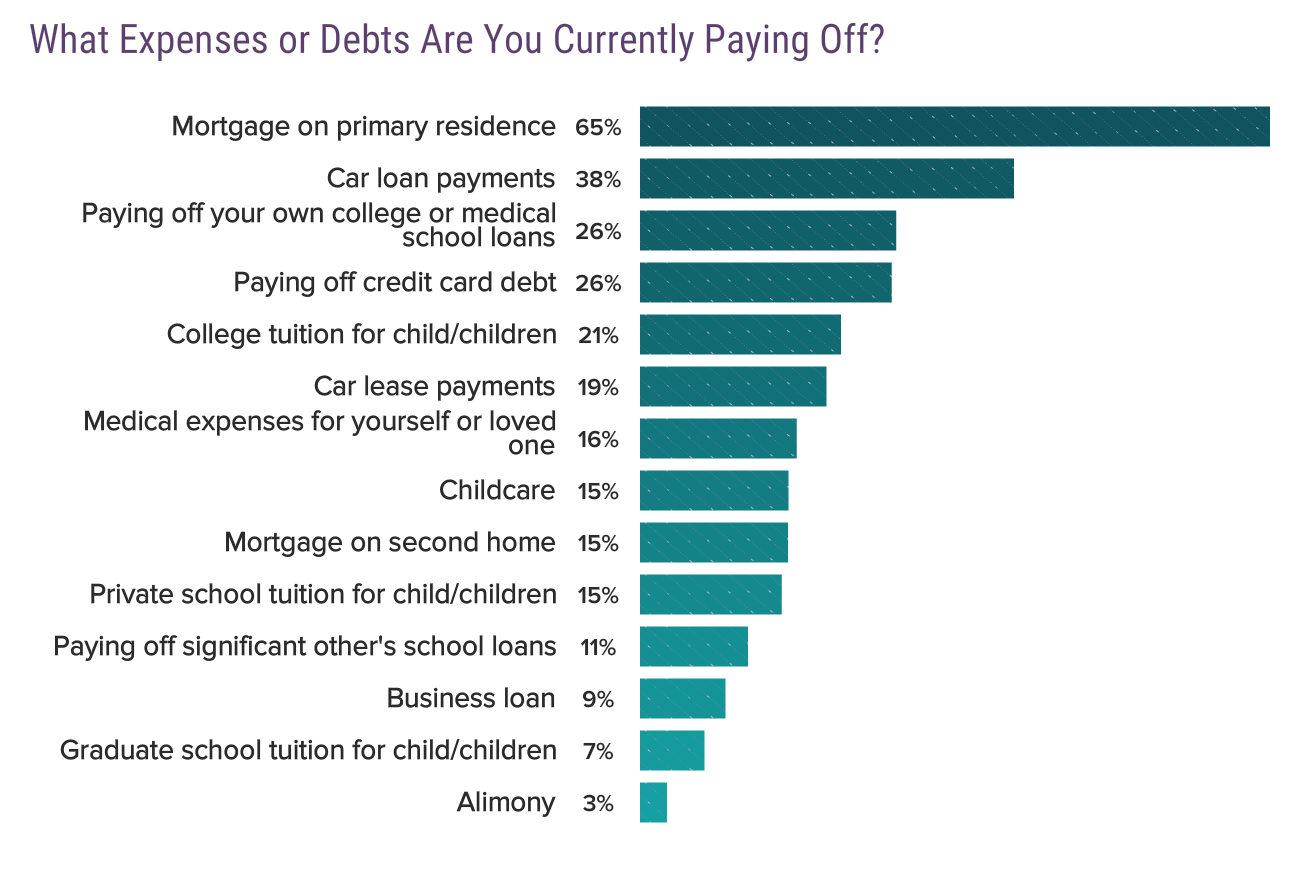 Mortgages, car loans, and student loans top the list of debts still being paid off.  Credit cards, college tuition for children, and car lease payments round out the top six debts.

So what do you think?  Are physicians much different than non-physicians?  We would argue they're not, and the numbers here appear to support that conclusion.  The only real difference might be in the number of zeroes attached to physician's debt versus the average American's debt, but the good news is the same also goes for income.

Student loans are a full on crisis in America and the total debt has surpassed the trillion dollar mark!  Many physicians are still paying off their loans, and here's a breakdown by specialty. 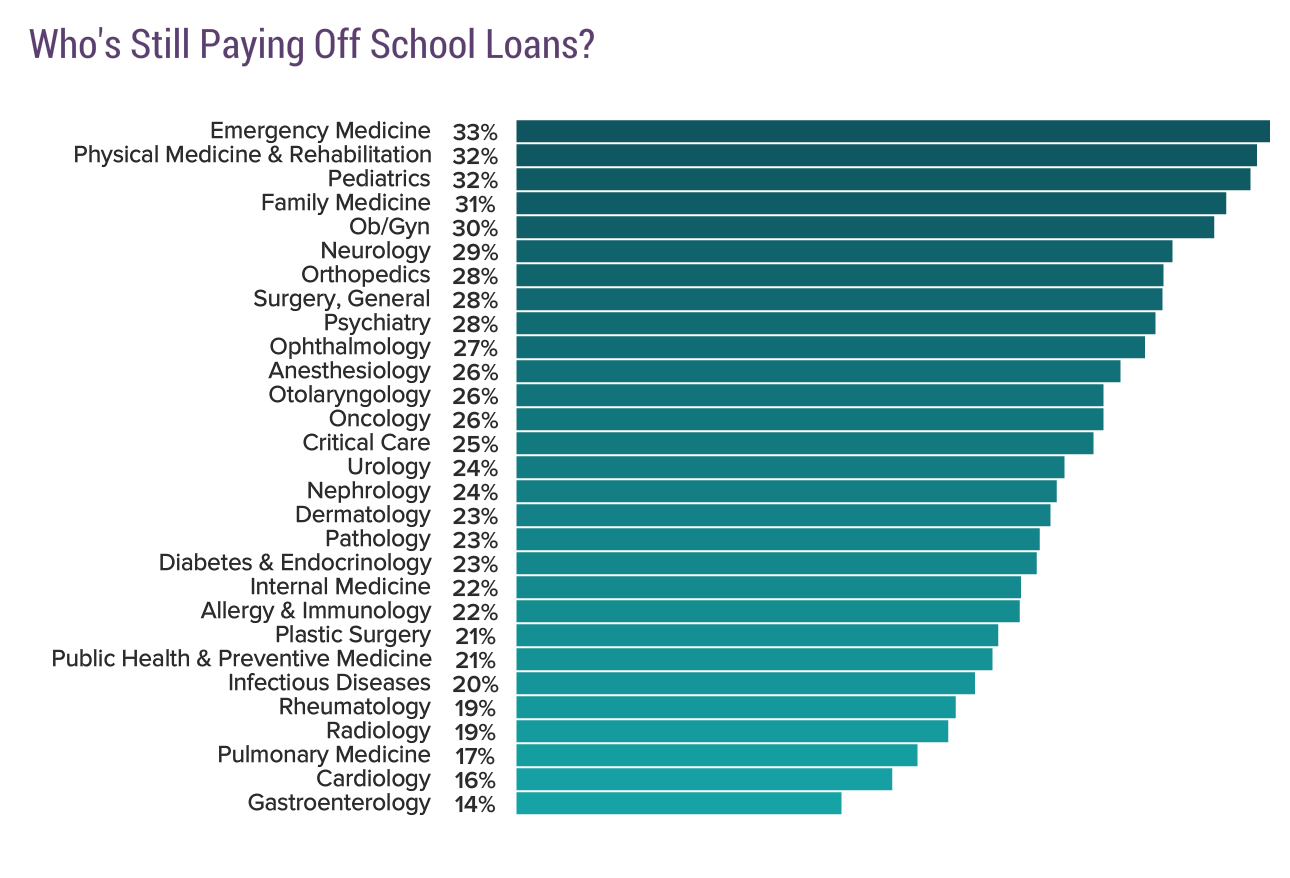 Let's finish with two charts that point out some of the causes we believe are why many physicians struggle to win with their money because it's certainly not an income problem!

The steps for building wealth are quite simple.  First, live below your means.  In other words, spend less than you make. 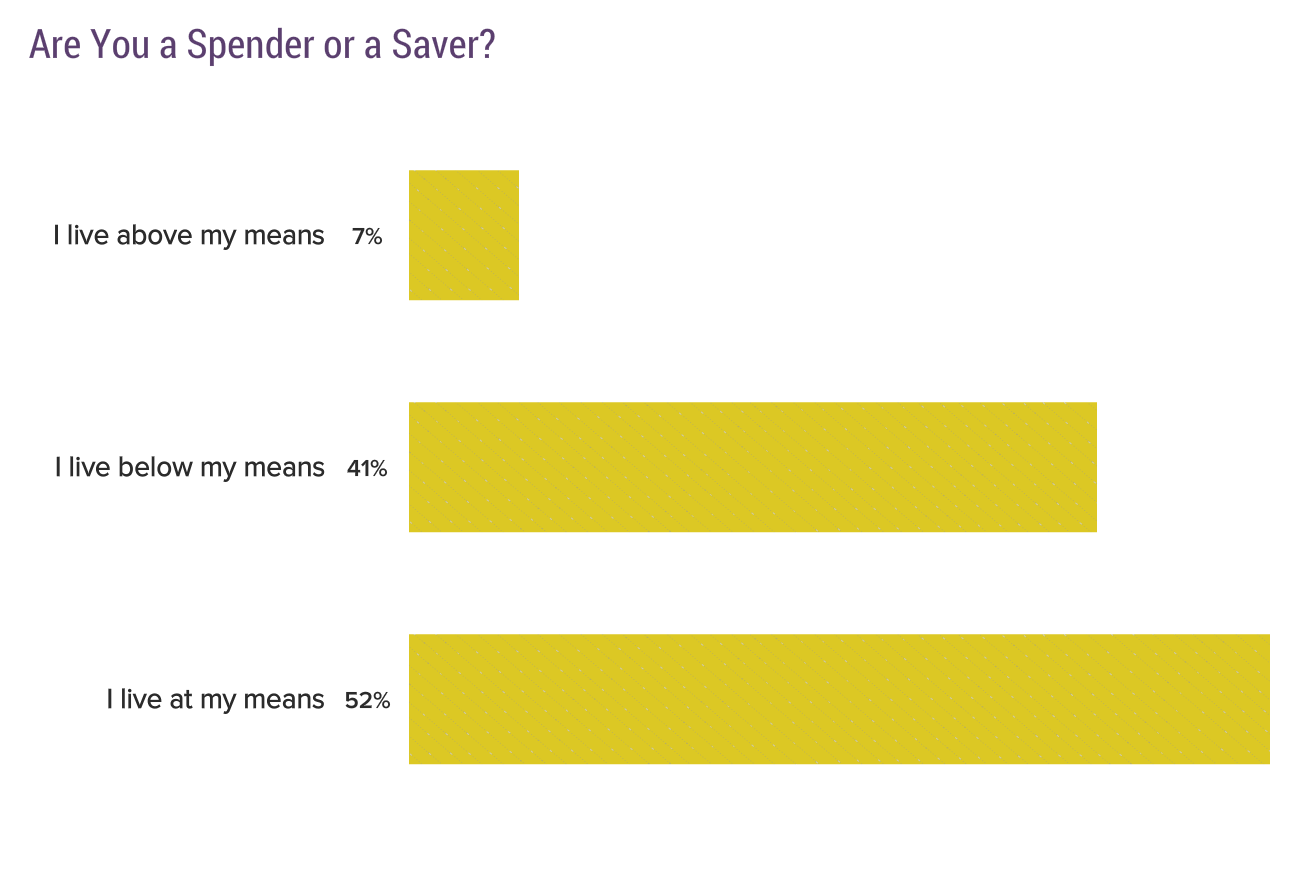 93% live below or at their means yet many have yet to become millionaires despite earning six-figures?

Second, avoid debt.  By definition, wealth is having money, assets, etc., and you can't build wealth making monthly payments to someone else.

You build wealth by earning interest, not paying it!

Third, have a plan for your money.  Your money is going to go somewhere.  Instead of letting it tell you where it went, tell it where to go!  In other words, create a monthly budget, and stick to it! 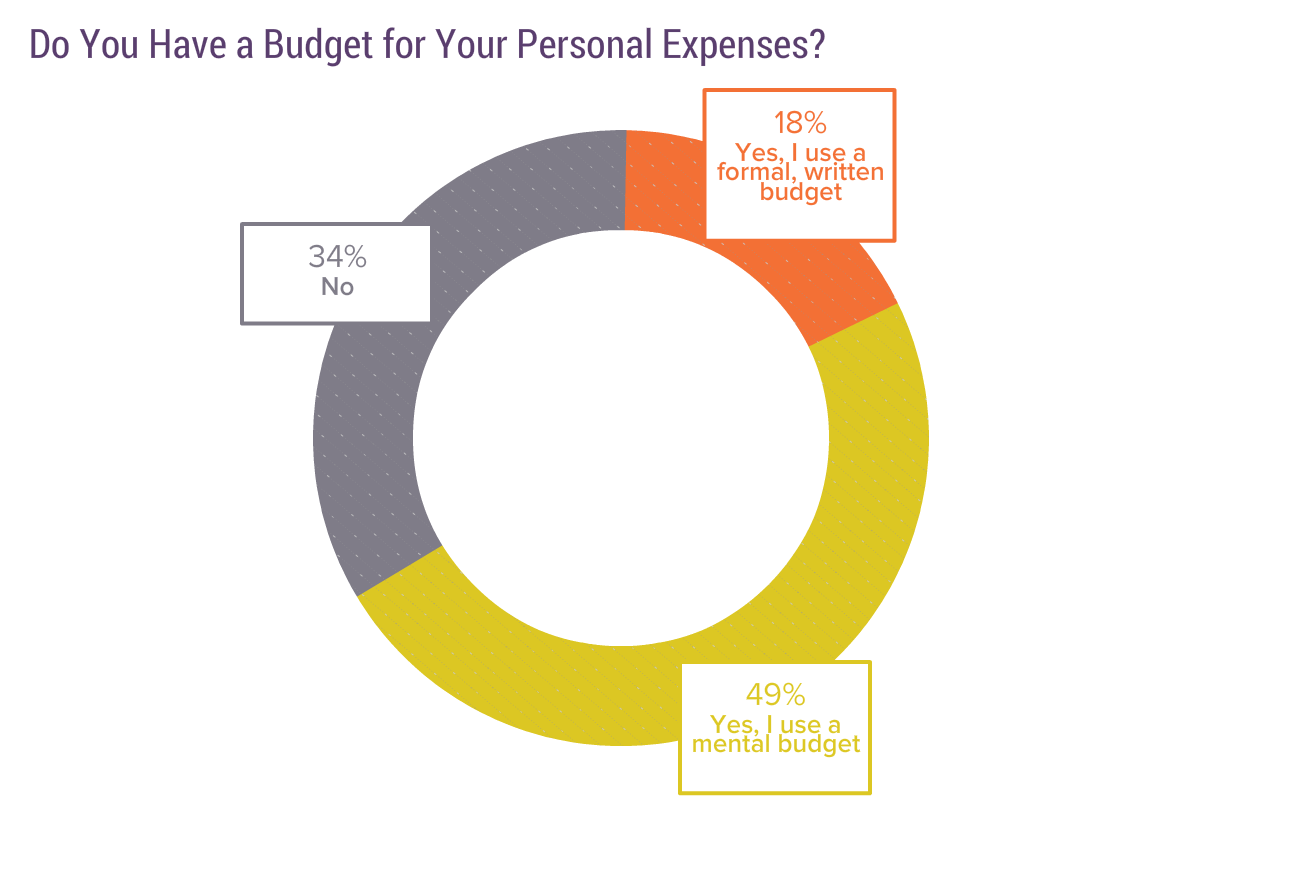 Just a reminder, a "mental budget" is not really a budget.  Just because you have something in your head does not make it real.

Last, invest on a regular basis so that over time you can reap the benefits of compound interest. 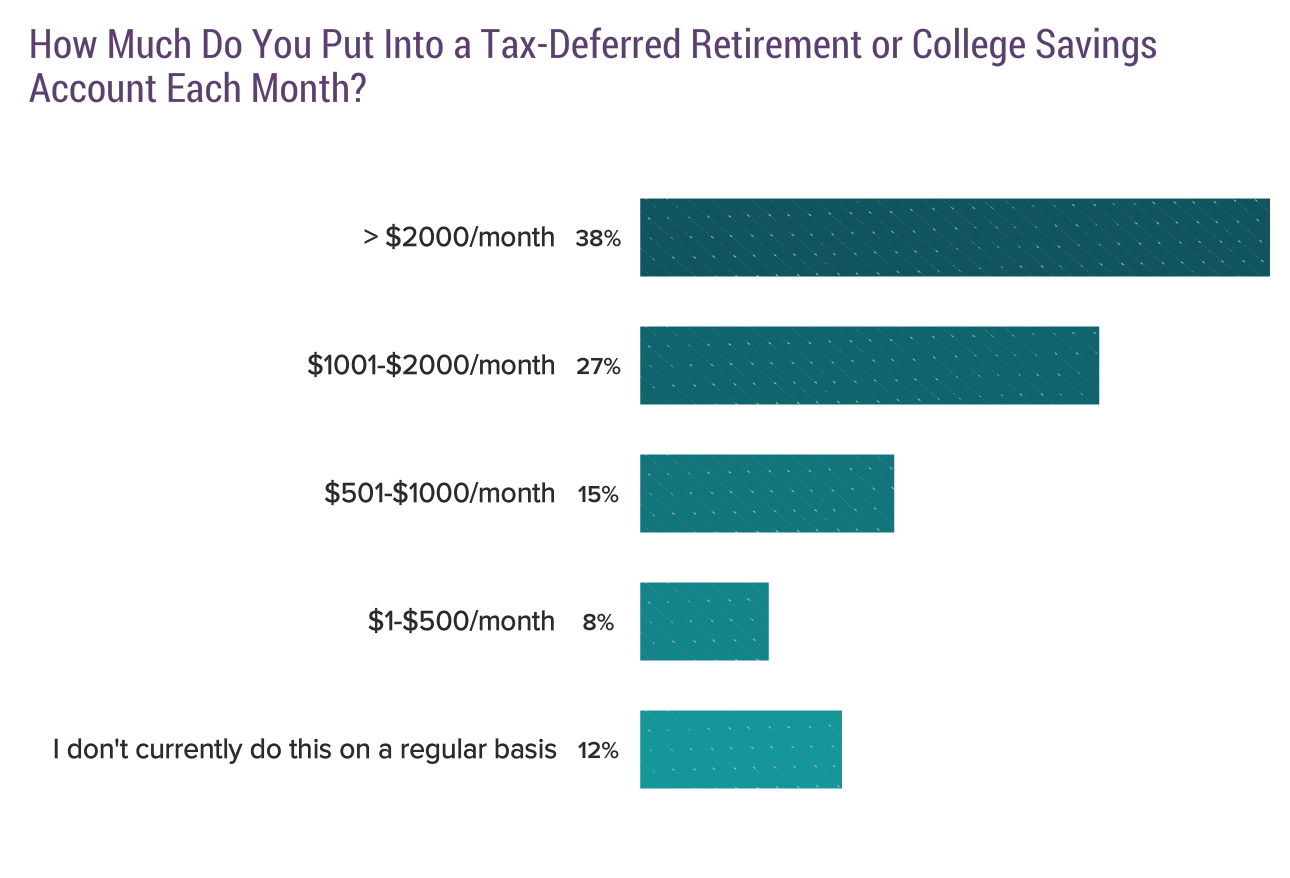 We share these numbers with you not to show you how poorly many physicians handle their money, but to help you see that even if you're deep in debt and struggling to build wealth that's fairly normal for most doctors.

The great thing is once you're aware of the problem you can do something about it to start paying off debt and begin building wealth.  It really comes down to the aforementioned four simple steps:

You made it through med school and residency, which is far more challenging than these four simple steps.

However, if you're struggling or just want confirmation what you're doing is the best thing for your situation feel free to reach out to us for a short 15 minute chat.  We're here to help you win with your money!