5 Reasons Why Leasing a Vehicle is a Bad Idea 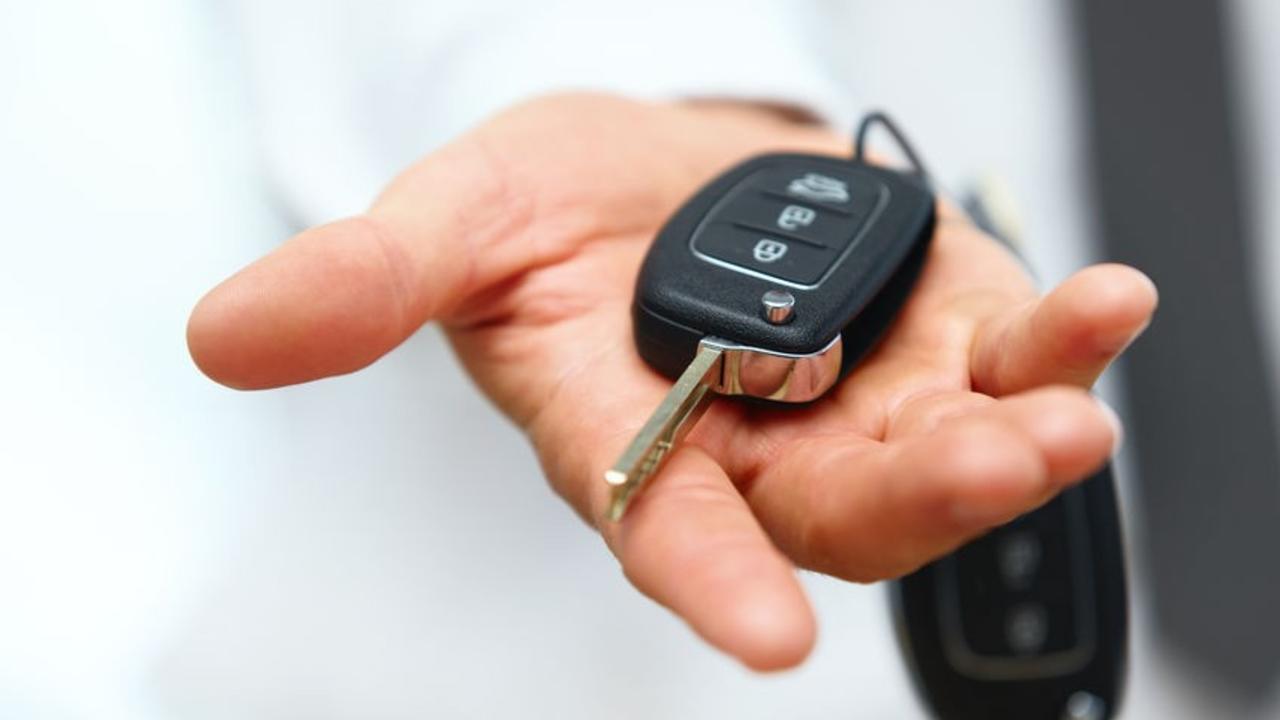 Walk into any dealership today and we can almost guarantee they will steer you toward leasing a vehicle.  Why?  Because leases are the most profitable product dealers offer.  Leasing is also generally less expensive on a monthly basis versus financing.

The smell of a new car is alluring.  Crisp uncreased leather seats.  No dents, dings, or scratches.  The solid feel of a new vehicle door slam.  Not to mention all the technology in cars today.

Then you get back into your old car.  There's dings and dents.  Mabye a stain on the carpet in the back seat where your kids spilled their favorite drink they probably shouldn't even have in the car.  Over 100,000 miles on the odometer.  It just feels old, and maybe it smells a bit too!

That new car is soooo tempting after getting back into your old car!

In this blog we share five reasons why leasing a vehicle is a bad idea, especially if you want to one day become a debt-free millionaire doctor.  However, don't worry.  We won't leave you hanging on what to do if you want a new car.  We'll also discuss the DFMD way to buy a car and drive what you want to drive on your way to becoming wealthy.

5 Reasons Why Leasing is a Bad Idea.

1. Leasing is usually the most expensive way to operate a vehicle.

There are essentially three ways to get a new vehicle.  You can lease, finance, or pay cash.  Generally speaking, a lease will be the most expensive and cash the least expensive.

The math is simple in that if you finance you're going to be paying interest.  You pay no interest with a cash purchase.  However, a lease is almost always going to be more expensive than either of these options.

A simple way of determining how much more is to just compare the three with the total cash out of pocket.

Consider a purchase of a 2019 Audi E-Tron Quattro Premium Plus.  Amazing car, right?  Who wouldn't like driving this car, especially if you drive a lot.  74 mpge is pretty impressive.

The downside (unless you just happen to have this kind of cash laying around with no debt to speak of) is the KBB fair price for this vehicle is $73,627!

Let's take a look at the leasing deal on this vehicle to see what kind of cash we're talking about.  You can lease for $749 a month for 36 months.  You'll also have to put $4,643 down before they give you the keys.  Add it all up and 36 months later you'll have $31,607 less than you had three years ago, and you will have no vehicle, so you'll be back to square one, aside from being able to drive that sweet car around for the past 36 months.

Financing is not much better.  Assuming you put the same $4,643 down and finance the balance for 72 months (the average term for most new car purchases) you'll be paying $1,048 per month, and three years later that equals $42,371 out of your pocket.  The good news is you still have a car, but now it's only worth about half of what it was new.

2. At the end of the lease you have nothing.

Perhaps the biggest negative of leasing is that when you're done you have nothing, but a memory of what you once had-both the car and your money.  You did get to use the vehicle, and it served a purpose to get you from point A to point B, but you still have nothing.

If you don't drive much this may not be a big deal, but most leases are very limited on mileage.  Many are under 12,000 miles a year.  According to Google, the average American drives around 14,000 miles each year.  At an average of $0.15 per mile, that's an extra few hundred dollars.  Not a big deal, but still a few really nice dinners with your spouse sound like a much better use of those dollars.

4. Higher standards are required to maintain the vehicle than you may like.

What does "normal wear and tear" mean to you?  Probably not the same thing to the dealership you're turning your lease back into.  If you take impeccable care of your vehicles this may not be an issue, but if you have kids this could be a challenge unless you're real good about food and drinks in the car.  Not to mention car seat impressions left behind after having a seat strapped in tight for three years.

This might be the biggest negative of them all.  What do most people do when their lease is up and they have no keys?  They get another lease, well, unless they are reading this blog and use cash to buy the next set of keys:-)

What if I'm already in a lease?

Don't worry, there is hope for you even if you have a leased vehicle!  If you're close to the end of your term you might just stick it out, but in the meantime start saving cash for what we describe as a temporary DFMD car-a safe reliable car that serves it's purpose until you're debt free.

If you have several months or years <gulp> to go you might consider seeing what the buyout is to get out of the lease.  This may require a chunk of cash to do, but in most cases it will still be less than all the payments you would have been making.

What is an ideal vehicle if I want to become a DFMD?

The perfect vehicle is first of all paid for with cash.  While you're getting out of debt you have to look past the present and what you're driving today in order to live a better future and drive in style later.

A good rule-of-thumb is a car that is first of all safe and reliable.  Another consideration is a vehicle that is mostly depreciated, so around 5 years old or older.  Believe it or not you can find very safe and reliable vehicles that fit this description for $5-10K.

Remember, this is your temporary DFMD car.  It's not permanent.  If you want to you will drive in style later.

Speaking of later, our approach would be to drive your DFMD car until you're debt-free.  Then save cash to upgrade from your DFMD car.  You'll be able to sell your DFMD car for a bit of cash and add your saved cash to it to drive something nicer.

Then just repeat this process of driving, saving, selling, and upgrading.  It may take a while, but you'll be glad you took our approach as you begin to build wealth without debt.